I realized the other day that I have a ton of travel stories. Some are interesting, some are crazy, and some are funny. While I love talking about travel inspiration, how-to, and logistics, I thought it might be time for me to share more of myself and my personal experiences while travelling.

So once a month I will write a recurring themed post called “Stories from Abroad” that focuses on a place I have been and shares some personal insights and – of course – stories!

Once upon a time in Paris…

I am not sure if I have mentioned this, but Paris is one of my favourite places in the world. I have been there several times and have loved every minute of it. There is just something about it: the people, the fashion, the architecture, the culture, the history, the language, the food (Oh the food – nobody does bread and pastry quite like the French!). But even more than all that, it is the feeling I get when I am there, like it is my long lost home and I have finally returned. It is hard to explain but that place has become a part of me and I wouldn’t have it any other way.

To be honest, I have so many stories from my time in Paris that I wasn’t sure which one to share with you. How could I pick?! Well, I decided to share a story about the time I became a world class pastry chef – well, sort of…

A Girl and her Bread

I love bread. Everything about it, the smell, the taste, the texture, the way it pairs perfectly with so many things. Or at least I thought I loved bread, until I tried my first baguette in France. OH MY GOODNESS. It was probably the most wonderful thing I had ever tried. Then I tried a croissant and my mind was blown again! To this day I have not found anything that even comes close to being as wonderful as the bread found in France.

Many years later, my love affair with Paris and its baked goods was still going strong. So, on one of my trips there, I decided I wanted to take a baking class. Not just any baking class, but a French pastry baking class. So, I found a class that taught you how to make croissants and “pain au chocolat” (essentially a chocolate filled croissant). One of the things I love about the idea of taking a cooking/baking class abroad is that it teaches you about another culture in a way that you can bring home and share with others. Also, appreciating and participating in local cultural customs (food is deeply embedded in many cultures), can improve your understanding and connection with other people around the world.

So, early one morning I left my Parisian apartment and walked through the city (after briefly getting lost…twice) to the small bake shop where my culinary education would take place. The class consisted of learning how to prepare and make the dough, which by the way is a crazy intensive process where you fold a massive brick of butter into some flour and yeast and then fold it a million times to create butter-pastry layers. Drooling yet? Then you have to roll out the dough into a flat square, which is tougher than it looks, and cut it into the proper shapes for making your croissants. The traditional croissants are cut into large triangles so they can be rolled into the traditional “crescent” shape and the “pain au chocolat” is made out of long rectangles rolled up with chocolate in the middle. By this point, if you’re not absolutely covered in flour and butter, your not doing it right. 🙂

The (oh so yummy) Finale

The final stage is so satisfying. You get to put them into the oven and watch your creation turn a perfectly golden brown. In total we made 4 croissants and 4 pain au chocolat. I would love to say that they turned out so well because of my amazing skills but in reality the instructor was a world class Cordon Bleu chef who perfected the process.

As I packed up my little creations (after taste-testing one), I realized that I had learned a new skill and had an absolute blast doing it! I would highly recommend it to anyone who goes to Paris. I booked my class through Viator but there are a ton of other options as well.

As you can imagine, I walked back along the Seine River to my apartment with smells of fresh baking wafting from my bag. When I got home, I sat down, had a glass of wine and ate every…single…one…

I want to hear from you!

Has anyone taken a cooking or baking class abroad? I’m looking for recommendations and tips!

One thought on “Stories from Abroad: Baking in Paris” 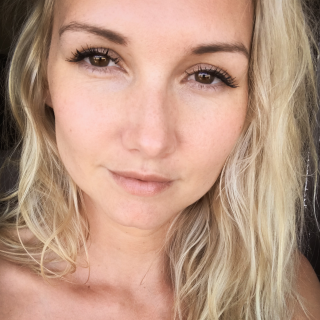